In February 2015, volunteers in Leutenberg started to revitalize a stream.

The Ilmbach is an ecosystem worthy of protection because many rare animals such as the fire salamander live there. In addition, there are occasional orchids in the meadows.

The group has released a section of the creek from the spruces, which have taken a lot of light from the stream.

The light is important, because algae can hardly develop in brooks that are too shaded.

When this happens, the aquatic animals that feed onthe algae growth decline sharply.

In addition, the closed spruce stands affect the flight behavior of many insects.

Due to the lower air temperatures and obstructions, the insects cannot fly upstream to set their larvae.

The needle litter can also be badly decomposed in the streams, which in turn has a negative effect on the microorganisms in the stream.

The group cleared the twigs and branches from the creek and the meadow.

In April, we re-planted various deciduous shrubs such as alders, ash, willow and cherries.

The meadow is supplemented with a seed, grass and flower mixture adapted to the soil.

A seating group for hikers, a sign and a newly created bee hotel with a bee pasture completed the project. 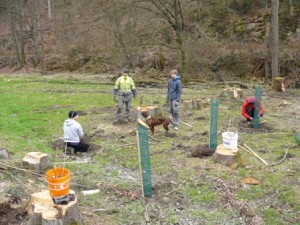 Together we have freed the stream of twigs 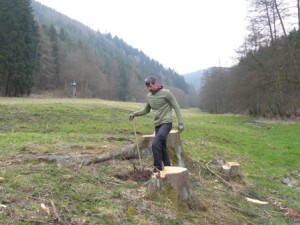 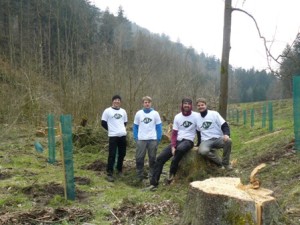 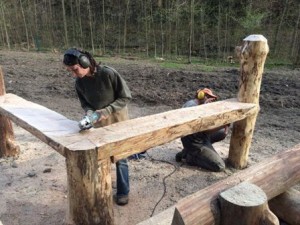 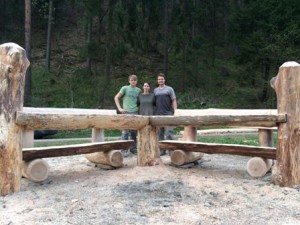 Thuringian environmental prize for the Save Nature Group

Sustainability in the household – Part I – Detergents